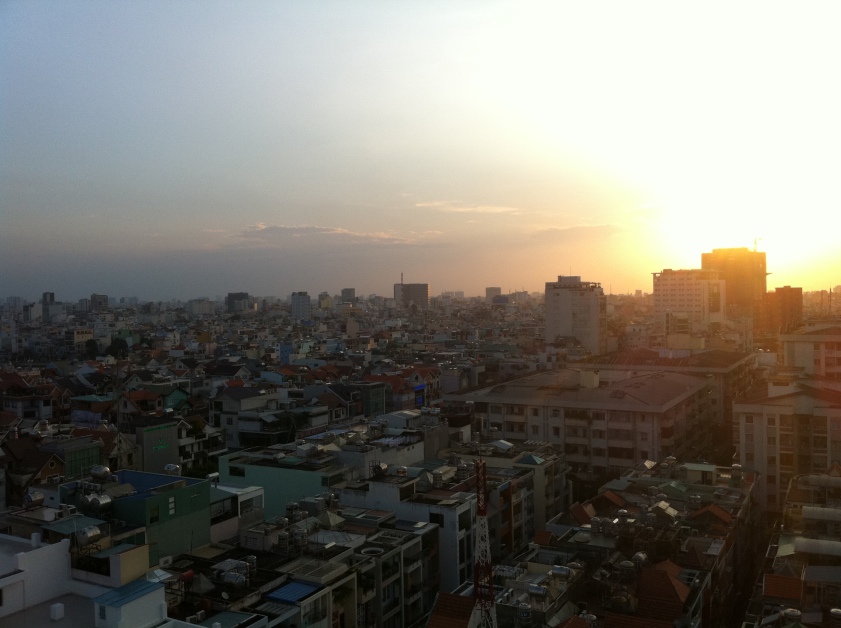 It has been two weeks since I have arrived in Ho Chi Minh City.

And I’ve settled in quickly and nicely.

Much of this smooth assimilation has been the people whom I had been  led  and connected to.

Some of them I knew before I’d arrived and some, after my arrival.

Even before I’d arrived, God assured me with these words from Acts:

“For I am with you (Paul), and no one is going to attack and harm you, because I have many people in this city.”

Therefore, in spite of the hasty manner in which I had to relocate for my new job, I was at ease and at peace through out.

Interestingly, I believe it was not a coincidence that I  had arrived before Singapore’s national day.

Through a divine connection, I was invited to the national day reception organised by the Consulate General office in Ho Chi Minh City.

At this annual reception, I had the opportunity to meet the Singapore community who was residing in Vietnam in one swoop. And there’s no doubt that the introduction of these new friends has put me in good stead with a network to build on.

More importantly, I’ve also connected to a community of fellow Christians in this city.

God is good. I’m thankful for His favour and goodness; surrounding me with His people to remind me that I’m not alone and He is with me.