Andrew shares his testimony in 2 parts: (1) The past me and (2) The present me. You can either watch the video clip (recorded in 2011) or read his story below.

My growing up took an adverse turn when my family broke up and leaving me to sought solace, support and a sense of belonging in a gang. Gradually I lost interest in studies and dropped out from secondary school.

I got involved in smoking, alcohol, drugs and fights. And one of those fights (a gang clash) led me to prison where I was sentenced for 30 months and 5 strokes of the cane. I was 18 years old then.

A miracle happened… God found me in my cell.

In my cell I chanced upon a bible and read the Gospels and was drawn to the life and teachings of Jesus Christ. Convicted of my wrongs, I decided to repent and received Jesus into my life.

A second miracle happened… God spoke to me in my cell.

God through His word placed in my heart His promise, “You have faith as small as a mustard seed, you can say to this mountain ‘move from here to there’ and it will move. Nothing will be impossible for you”

That spoken (rhemma) word from Him gave me the courage to appeal my case, which was something absurd to do humanly speaking. However, God proved Himself true and faithful.

I was released two months later after my appeal was heard. My sentence was drastically shortened to a mere 9 months. And the 5 strokes of the cane was thrown out!

My new life with Christ has really been a ride due mainly to the fact that I am incorrigible. But He has always been unconditionally patient with me all the time, and His belief in me has been my pillar in living out a full life that is not inhibited by my past and my sins.

Today the miracles still continue as I am growing as a person; having the capacity to love, trust and give, these qualities of which I had never wholly experienced when living in this ‘sick, corrupt and dark’ world of ours. He also gave me power and freedom over my vices and addictions. I no longer need to smoke or do drugs.

Incidentally, He had led me back to my studies some years ago and had played the main role as my motivator in my long climb up the academic ladder towards attaining a Bachelor’s Degree in 2007.

Even wounds between me and my family members had been healed and incredibly, each one has been saved, extending even to my step-family!

“Here is a trustworthy saying that deserves full acceptence: Christ Jesus came into the world to save sinners- of whom I am worst. But for that very reason I was shown mercy so that in me, the worst of sinners, Christ Jesus might display his unlimited patience as an example for those who believe on Him and receive eternal life”

Tody, Andrew has also made it his life mission to change the negative perception that ex-offenders have of themselves, and also to change the public’s stereotypical perception towards ex-offenders. He strongly believes that there is so much more ex-offenders can offer and achieve in their lives if given a chance and having the belief that they are worthy of a chance.

Aside from serving on the board of Architects of Life to fulfill his mission, he is co-founder of Break the Cycle in which he involves our local community of cyclists to support ex-offenders in breaking the cycle of recidivism through cycling. He is also co-founder of Chance, a brand agency set up with the purpose to train and hire ex-offenders for the creative industry. For his exemplary life and service to others, he was conferred with the “Outstanding Adult” of the Singapore Silent Heroes Award 2020. 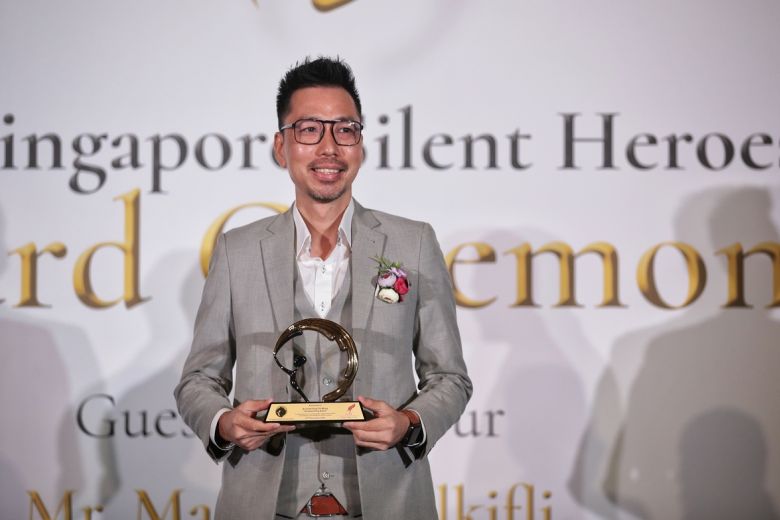 41 thoughts on “His Testimony”