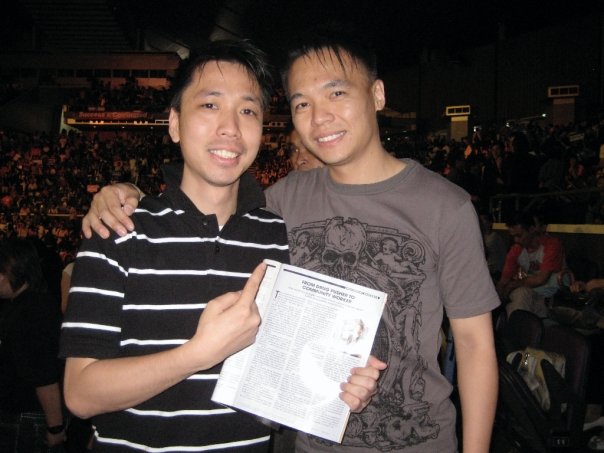 Meet another Andrew a.k.a “Siao Kiat”.

In one of my entries in my old blog, I  shared briefly about his story and his inspiring song that won him a Yellow-Ribbon award.

Saved by His grace

Some time ago, he was finally released after six years of imprisonment. We met recently and were reunited.

Over our meet-up, we managed to update each other and fill up those missing links between us. It was a very meaningful time.

I found out that he had dedicated his life fully to God.

He shared with me how the grace of God melted his cold heart and broke him down like a weeping baby as he listened to some carols. That was during Christmas in 2006.

In short, that’s how he gave his life to Jesus.

The other delightful news was realising he was also worshiping in City Harvest Church!

As he was a grateful recipient of their prison outreach, he was there to testify and also perform his self-composed song- Because You believe. I was there to show my support.

The verdict? I can only exclaimed that he sung extremely well. He is a gifted singer.

In the past, we were comrades for a wrong purpose. But now, we are comrades in Christ and shining along side for His eternal purpose!