After 4 years in Vietnam, God called me back to Singapore for His next assignment in Singapore. And on my flight back, God gave me a message through a rainbow.

As the plane was in mid air right after take off, I spotted a rainbow (above pic). I thought that was a miracle sighting since its in mid air. I was quite happy to see that although it was a faint glimpse of a rainbow. 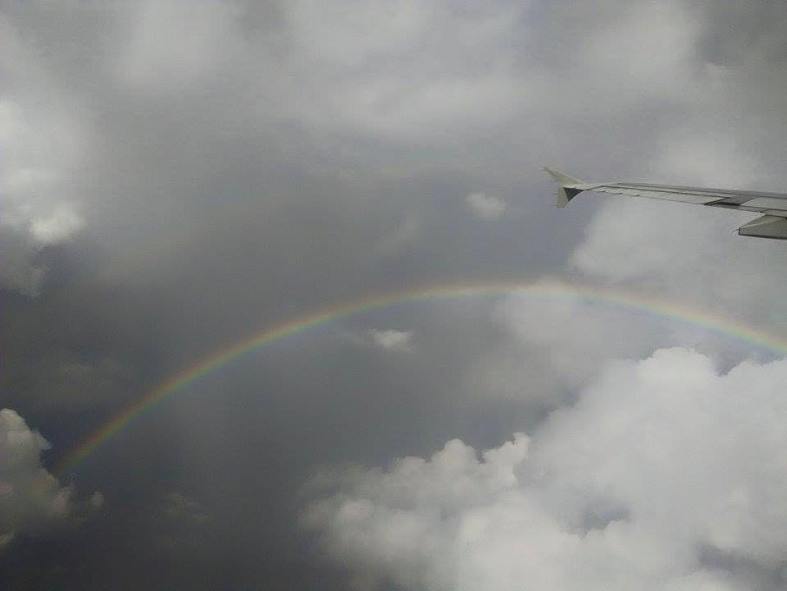 But as the plane went higher, I realised what I had seen earlier was just the beginning of the rainbow. In next scenes (above and below pics), I saw the whole arc of the rainbow with full spectrum of colours. It was beautiful! 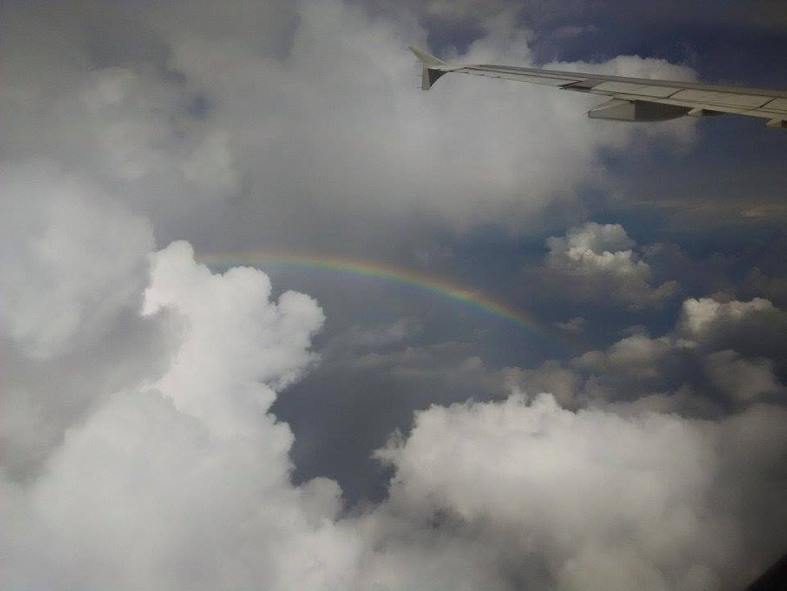 This was what God impressed upon my heart with what He showed me:

1. He is a covenant keeping God.

He will keep His promise to see Vietnam saved cos He loves His people. That’s why He gave us Jesus as the atonement. So what He started in our church community in Saigon, He will see it to completion. Our group is part of His grand purpose to reach the lost and disciple this nation.

Personally, it was an assurance and reminder that God is in control and He is leading our group with the empowerment of the Holy Spirit.

Like how I thought my first glimpse of the rainbow which was only the first part was wonderful. And I was quite happy about that but God showed me more than I had expected and beyond.

Similarly, I might think that the first 3 years as a community was the best thing that happened to us. But God is saying that this is just the beginning, we aren’t seen nothing yet.

If we keep trusting in Him and stay on this journey of faith with Him, He will show us even greater things and the full spectrum of what He had planted in this community.

In other words, God has great plans for each of us and for our community. This is just the start of experiencing His love and abundance that will be revealed more to us as we trust in Him!

I don’t usually sit at the window seat. But I chose the seat this time as I was returning. So to see this is significant and to have the rainbow over Saigon is even more significant.